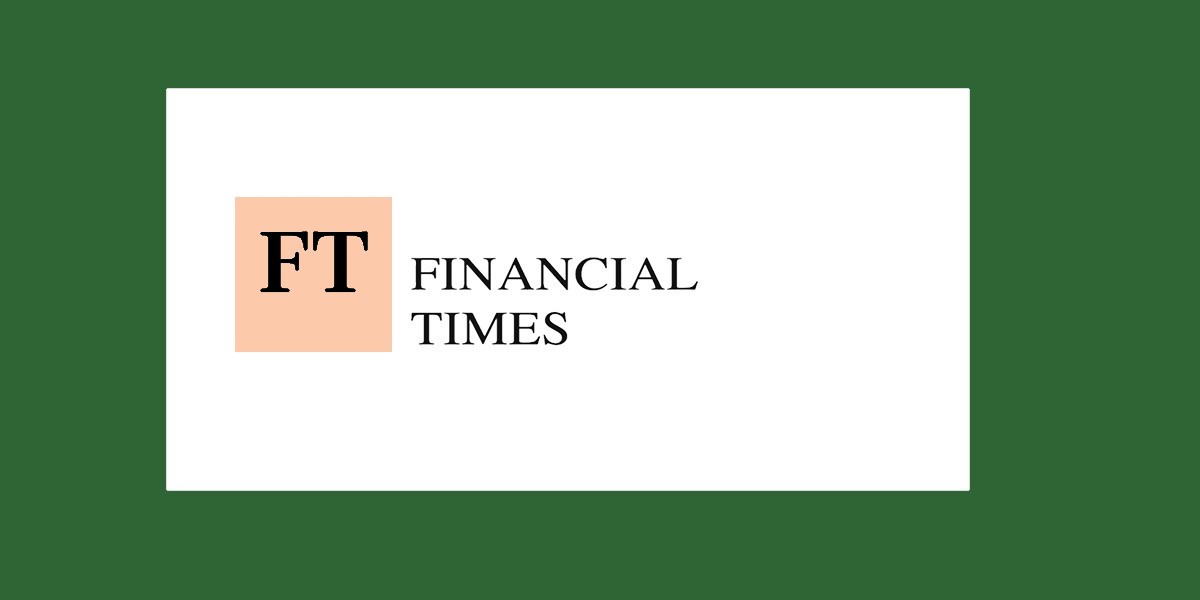 This is a reprint from a Financial Times report.

While deforestation has surged under Bolsonaro, scientists are racing to find ways to conserve the rainforest

Smoke still billowed above the Amazonian canopy as Jaime Sales clambered atop a 3-metre-high stack of razed trees. “Victory,” he exclaimed, letting his shotgun drop loose and surveying the battered forest around him.
At the vanguard of a small team of armed environmental enforcers, the corporal with Pará’s environmental military police unit had ventured deep into the jungle near Altamira in the northern Brazilian state, which has been the site of persistent conflict over deforestation.

His reward was the seizure of the massive illegal timber bounty — a haul he estimated to be worth “millions” of dollars on the black market, most likely in China, the US or Europe, say experts.

“Today was a good day, but these environmental crimes never stop. There is a lot of deforestation,”he says, adding that “the pressure is now on” from loggers, crooked ranchers and wildcat gold miners.

Such successes for Brazil’s environmental authorities have been few and far between. Since the election last year of the far-right President Jair Bolsonaro, who is a keen advocate of opening up the Amazon to commercial interests, these groups have been chopping down and setting fire to trees with gusto.

Although far from a record, the trends this year have been alarming: figures released this week showed that the rate of deforestation last month was 222 per cent higher than the same month last year. By some estimates, a football field worth of forest is razed every minute.

“There has been no enforcement since the election of Bolsonaro, and now the forest is paying the price,” says one ranger with Brazil’s national park service in the western state of Acre.“Some people are burning the forest because they know no one is going to fight them.”

Mr Bolsonaro and many of his allies see the rainforest as a natural resource that should be exploited — especially in a country which still has so many people living in or near poverty. They view international concern about the Amazon as an ill-disguised effort to hold back Brazil’s development by rich countries which have already trashed much of their own natural habitats.

But the global furore over Mr Bolsonaro’s approach to the Amazon has also given oxygen to a very different view of how to manage the rainforest. It has focused attention on the disparate community of scientists, businesspeople and activists who believe that technological advances could be the key to promoting sustainable development and tackling deforestation.

For them, the key to sidelining the Amazon’s more nefarious actors is to show that the conservation of land can be both economically profitable and environmentally valuable. They see the Amazon as the world’s largest repository of biodiversity and the potential foundation of a multitrillion dollar bio-economy, if scientists have the chance to map and harness the genetic codes of its diverse wildlife.

The argument about sustainability has been running for the three decades since the fate of the Amazon last became a global issue, in the late 1980s and early 1990s. But for many of these scientists, there is a new generation of tools, from genomic sequencing to satellite-tracked reforestation, that can be harnessed to help save the Amazon, an ecosystem that underpins weather patterns across the continent

“What if we can map and sequence 100 per cent of complex life on the planet? We will unlock a gigantic amount of new innovations and new industries that we can’t even dream of imagining,” says Juan Carlos Castilla-Rubio, chairman of Brazil-based Space Time Ventures, a technology company that works on biomass, energy and water risks. “This is what we call a new bio-economy.”

The stakes are much higher now. Some scientists fear the world’s largest rainforest, which plays a vital role in absorbing carbon dioxide emissions and keeping a lid on rising global temperatures, could be approaching a “tipping point”, past which it will not have enough trees to maintain its water-recycling ecosystem.

In an airy, open-plan office in a quiet suburb of São Paulo, Mr Castilla-Rubio has assembled some of Brazil’s brightest minds, including AI researchers, big data experts and biochemists. They are motivated by the same concern — applying new technological advances to the defence of the rainforest and other threatened areas of Brazil.

“Given the physics involved and what we see in terms of action around the world, I’m afraid there will be runaway climate change leading to catastrophes like major crop failures, water scarcity and social unrest,” says Mr Castilla-Rubio. “You can’t predict when or where it will hit the worst, but the signs are all in the same direction, which is irreversibility.”

Central to his group’s activities is the use of big data and satellites to help farmers improve the output of their land and reduce the need to expand their boundaries into protected rainforest. One such project involves using satellites to pinpoint and classify particular types of weeds, which can then be targeted in surgical strikes by herbicide-wielding autonomous drones.

“If you know precisely where and what the weeds are, you can use one 30th the input of herbicides. That means you pollute just one 30th of what you would have before,” he says.

Similar technologies are now being adapted across Brazil by farmers who are conscious both of environmental sensitivities and the importance of making farms more efficient and resilient to increasingly extreme weather.

“The point is we know we have to preserve. Everyone knows this. Farmers know this. We know we don’t have more earth to open,” says Edwin Montengro, a macadamia nut farmer, who is using biofertilisation techniques to improve the quality of his soil and crops.

Scientists are aiming to go beyond improving the sustainability of agriculture in the region. Potentially more game-changing are plans to map and sequence the genomic codes of the Amazon’s bountiful wildlife.

Although considered the most biodiverse ecosystem on the planet, less than 1 per cent of the DNA of the complex life in the jungle has been fully sequenced by scientists. Mr Castilla-Rubio, a Cambridge-educated biochemist, believes such an endeavour would open up vast economic opportunities once the results were transferred to industry.

“We have thus far only sequenced 0.28 per cent of complex life on the planet,” he says. “But knowledge of that 0.28 per cent was the basis for multiple industries — pharmaceuticals, chemicals, materials, fuels — and has resulted in annual sales of at least $4tn.”

For conservationists, one of the most promising options is to reforest lands that have been illegally razed — a strategy that has been hailed as one of the “most effective” for mitigating climate change, a team of European environmental scientists wrote in the journal Science in July.

The process, however, is time-consuming, expensive and often futile.

“Planting a forest is very complicated work. It is like a life system, an entire body. You have to make sure the heart, the stomach, everything is in the right position. To build an artificial body requires a lot of study,” says Marcello Guimarães, chairman of Mahogany Roraima, a commercial timber and reforestation plantation in the northern Amazon.

Each tree has to be planted in consideration not only of the sun and the shade, but also other trees, which can interfere with growth. Similarly, planting a single type of tree increases the risk of disease, so a careful mix of species needs to be arranged. This typically needs to be done by expert arborists, of whom there are few in the Amazon.

In addition, some species, such as eucalyptus, grow easily and quickly but they do not provide a habitat for biodiversity to flourish — they become a “dead zone”, says Mr Guimarães.

Once planning is complete, the reforestation process then needs to be implemented at scale. Under the terms of the Paris climate accord, Brazil has pledged to reforest 12m hectares by 2030 — a long shot at current rates.

“Reforestation has unique challenges of its own. What is the right type of tree, what was the native species, are there nurseries and seed banks? A lot goes into how you make sure you grow healthy forests that increase biodiversity,” says Duncan van Bergen, vice-president for nature-based solutions at Royal Dutch Shell, the oil group.

Mr Guimarães believes the solution has to involve convincing landowners and farmers that there is a clear economic benefit from adopting new technologies. Using satellites to monitor his plots and autonomous planting machines, the businessman from the northern state of Roraima aims to increase planting from 200 hectares a day to 100 hectares an hour.

Of his timber plantations, only 20 per cent can be used for commercial purposes while 80 per cent are kept as reforested land in accordance with Brazilian regulations.

“The main point for us is we are trying to develop a commercial business, but the reforestation is very important to this process,” says Mr Guimarães. “If we can develop this as a business, we can [compete] with the deforesters.”

The idea of creating an economic incentive is one shared with the Amazonas Sustainable Foundation, a non-profit group that seeks to empower local communities by providing opportunities in the production chains of cocao, nuts and fisheries.

“We get changes by making people realise they can improve their livelihoods by the sustainable use of resources,” says Virgilio Viana, chief executive of the foundation, pointing to a 60 per cent reduction in deforestation in the areas in which they work.

Mr Viana worries that the encouraging signals being sent from Mr Bolsonaro to illegal loggers make the work of non-profit groups more difficult. The president has publicly attacked Ibama, the environmental agency, and even accused NGOs of being behind some of the fires in the Amazon region. “If the cost of illegality is reduced, it makes sustainable development less competitive,” he says. “It shifts the economic balance.”

The non-profit group also has concerns about financing. The organisation is a primary beneficiary of the Amazon Fund, a multimillion-dollar conservation scheme supported by Norway and Germany. As deforestation in Brazil spiked this year, Berlin and Oslo suspended funding, triggering a diplomatic spat with Europe, which has since been exacerbated by the Amazonian fires.

Luiz Carlos Lima, a federal public prosecutor in Roraima, an Amazonian state next to Venezuela, is optimistic that the situation in Brazil will improve as citizens become more aware of environmental crime and the risks of climate change.

“Brazil is a teenager right now. Europe is an old man,” he says. “Teenagers don’t respect the law.”