The iPlantForest Group developed systems and machinery for the control, monitoring, management and execution of activities from the nursery to the planting of forests and their care.

The nursery and forest management system use SOI (Standard Operational Instruction) to standardize all necessary activities in the nursery and forests. The IOPs are the set of operations described in detail that list all the actions necessary to perform each job in the company, both in the nursery and in the field. It describes each action in detail, indicating who must carry out the operation, the time it takes, the equipment to be used, the safety precautions to be taken; in short, it is a detailed manual of everything that each employee must do to carry out all the operations of the company, in all sectors.

Nursery management system for seedling production and management. All stages of seedling production in the nursery are controlled by the system, from sowing, germination, to handling during the months that the seedlings are in the nursery. Sensors spread throughout the nursery store information such as temperature, humidity and luminosity. Information that is collected periodically to monitor and cross the growth of seedlings, relating climate and light conditions with the diet of that batch of seedlings. 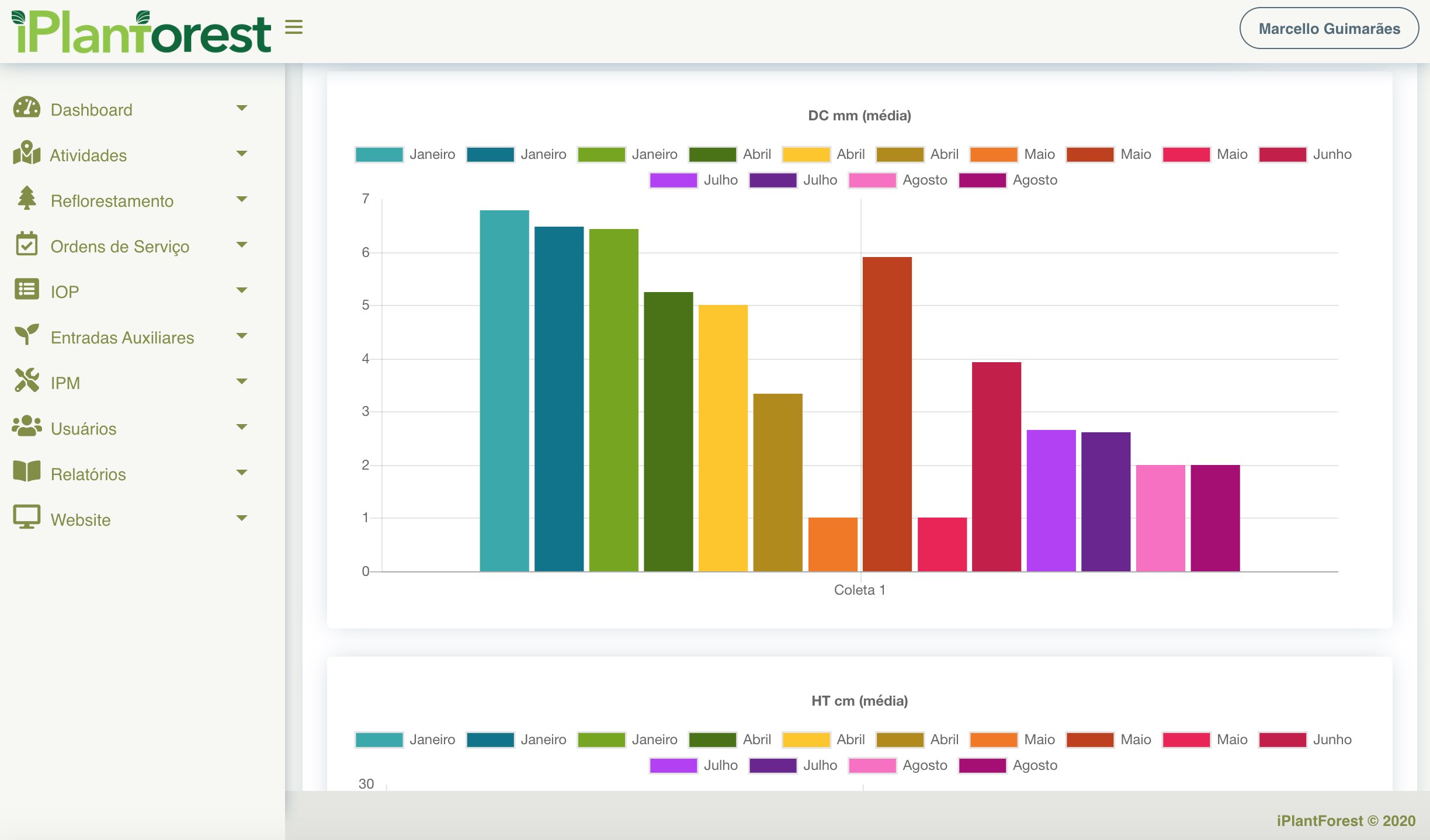 Management systems for land preparation, planting and forest management. Our systems use maps and GPS to control land preparation, planting and forest management. All forests are controlled by Farm, Phase, Field and Trees. On a farm, we can have more than one planting phase (by planting date) and numerous plots, and in each plot the trees are identified one by one with their GPS position for future analyzes with Drones, etc. 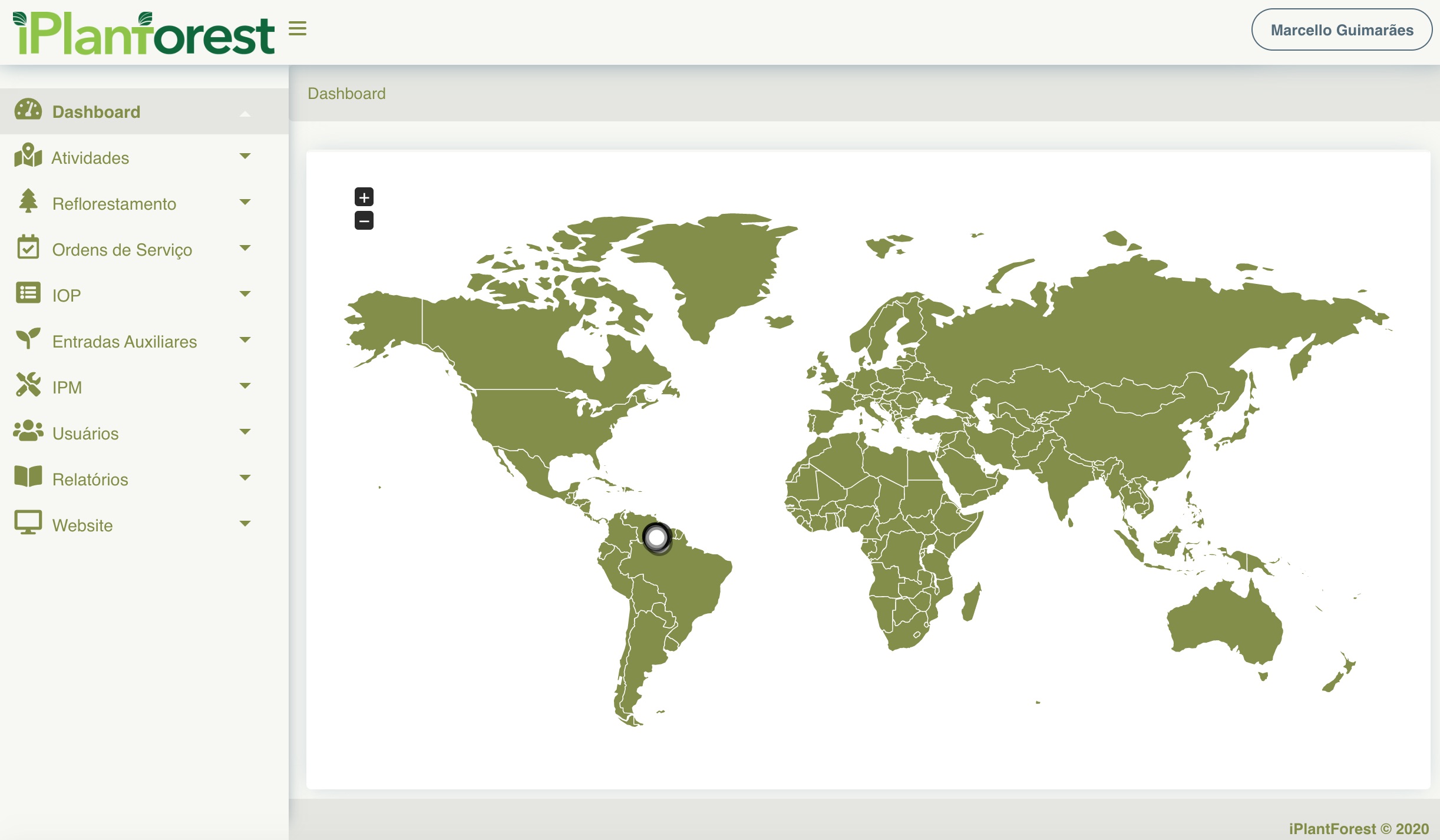 All work carried out in each plot is controlled and can be accessed by the landowner and all partners. Thus, anyone interested can follow the daily work on each farm, each phase of the farm and each plot of the phase, seeing in real time what is being done, by whom and what the results are. This system was 100% developed by the companies of the iPlantForest Group and receives permanent updates and improvements. 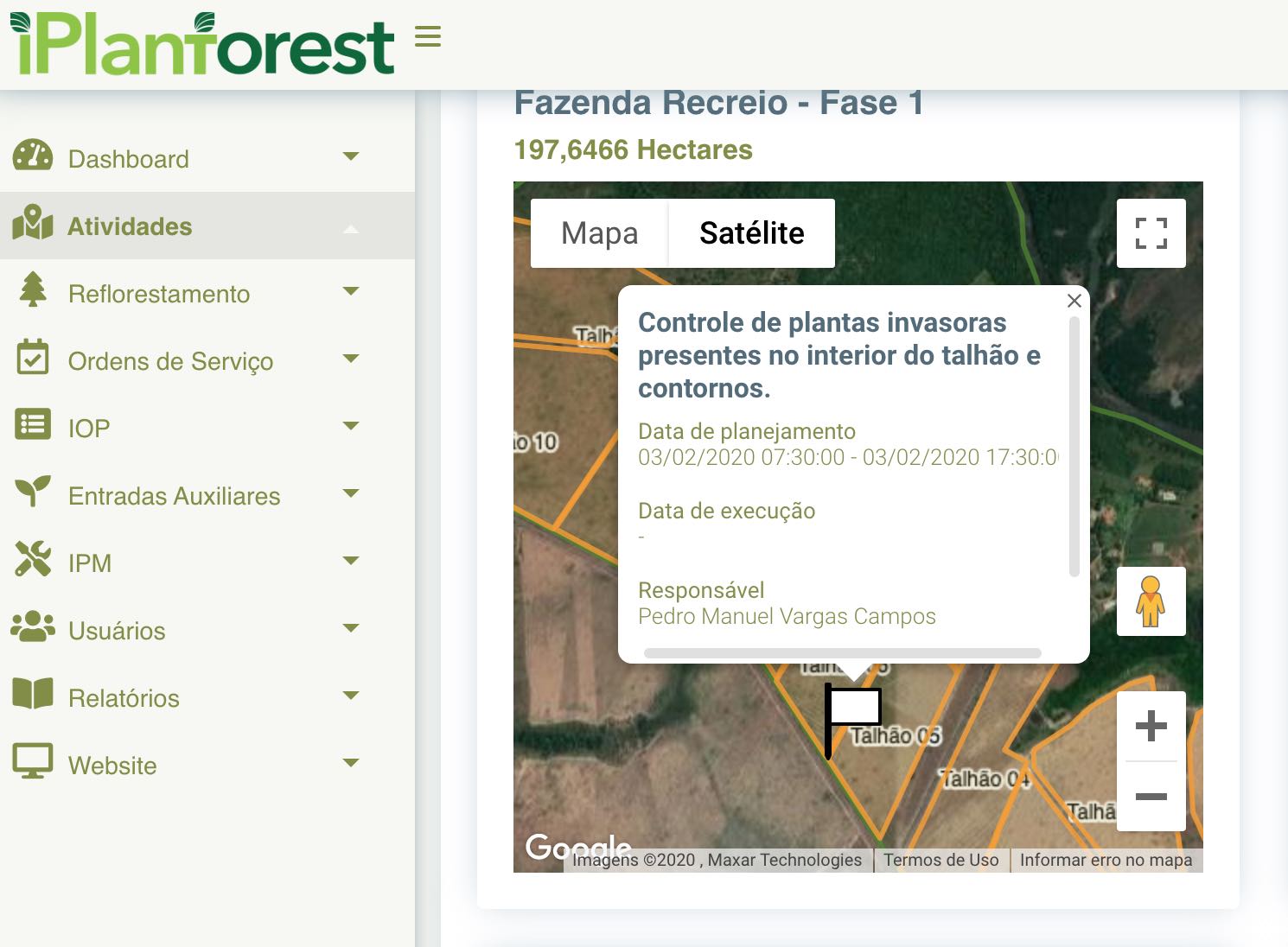 Control of work in each field

All those involved in the work can follow via cell phone, tablet or computer, the tasks being carried out and their results. Those who donated some resources for forest planting can follow the planting and growth of the forests in real time, the commercial partners of the commercial plantations or investors can also follow the growth of the forests and the execution of all maintenance and forest management work, giving much more transparency and peace of mind for each type of employee or investor. And, don’t forget, it doesn’t matter if the forest is going to recover a deforested area or if it is a food or commercial forest, planting trees is the best solution to combat climate change and to neutralize CO2 emissions, even our commercial forests contribute to this, because as you cut them down and reforest them, they will continue to remove CO2 from the atmosphere. When in doubt, plant forests. Not sure how? Talk to us. 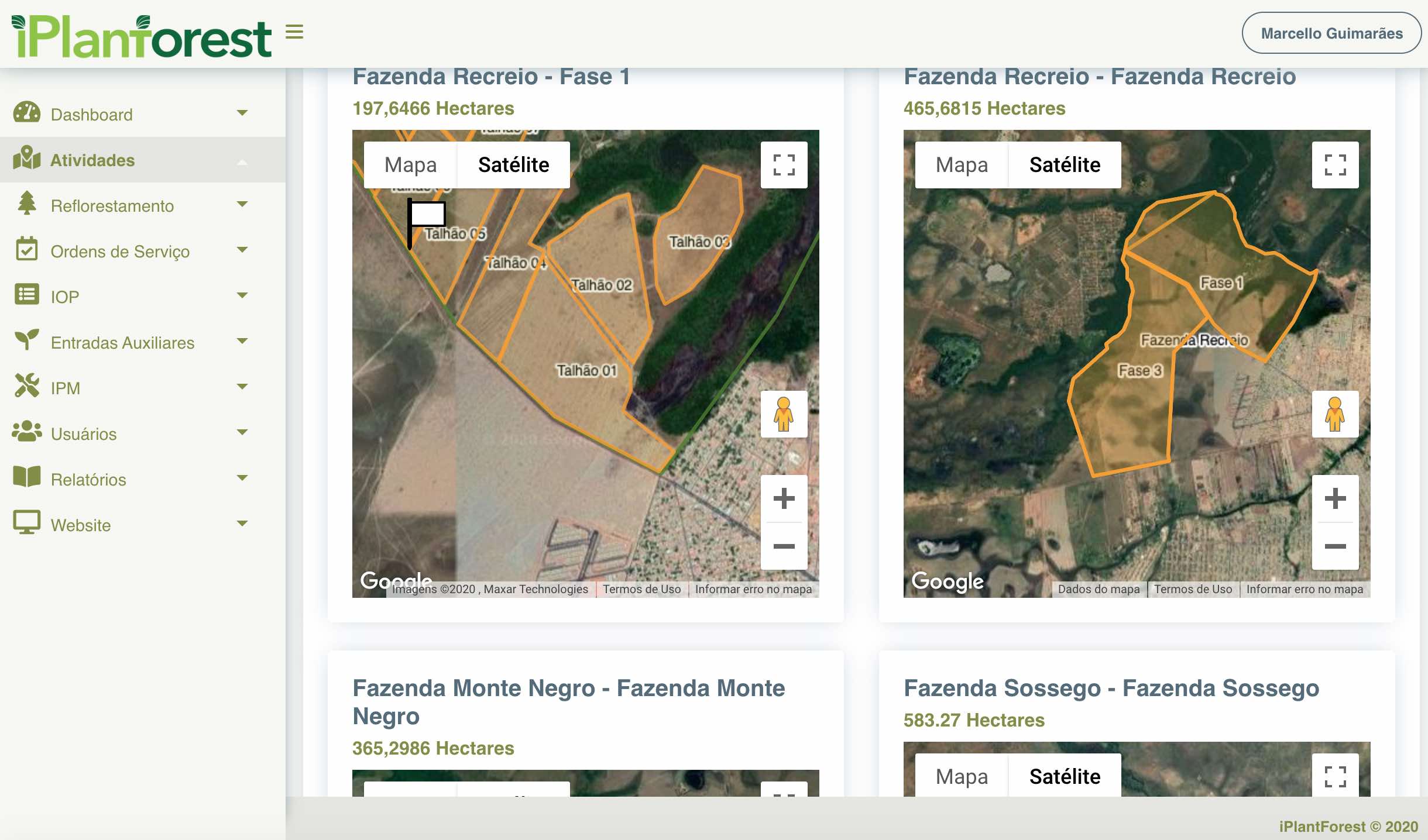 Visualization with maps of each planting area

The SOI (Standard Operating Instructions) are nothing more than the detailed description of each task carried out in the company, whether in the nursery or in the field. The tasks are explained in their smallest details and allow the issuance of S.O. (Service Order) so that each employee knows what he has to do, how he has to do it, where it has to be done, when, and more, all the equipment he will use and care for his own safety. Finally, it is a detailed manual that helps each employee to perform tasks in a uniform and standardized way, increasing and guaranteeing the quality of everything that is done in the company. There is a lot of knowledge accumulated over the years and it is passed on from an older employee to a younger one, through these IOPs, which store all our knowledge and experience from years recovering degraded areas or planting commercial forests, that is, producing seedlings, planting forests and managing forests. 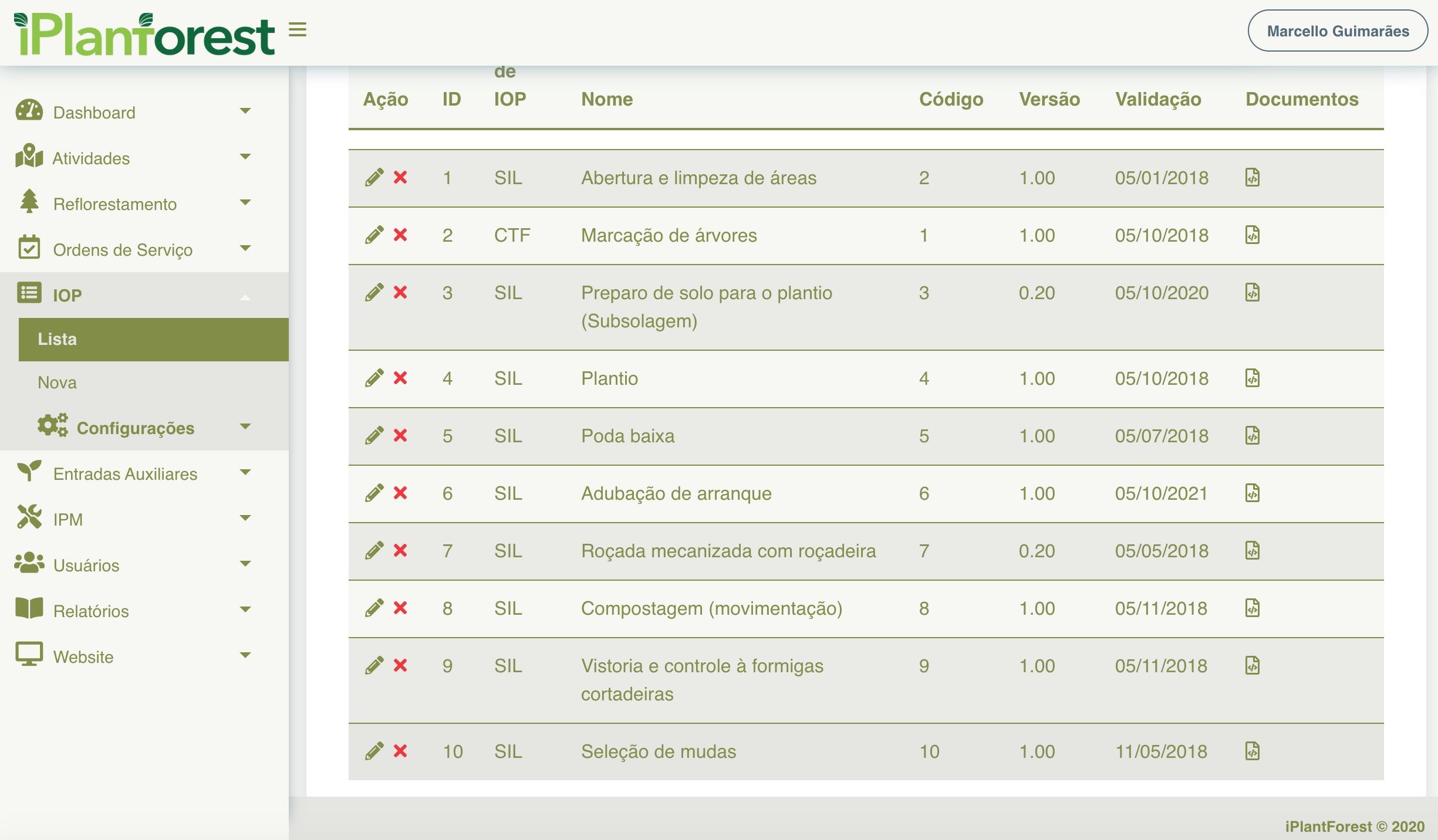 The S.O. (Service Orders) are issued per task and indicate who will carry out the task, how, where, when and use it to feed the system with the results of the execution of each service order. Adjusting the SO as time goes by, we gain experience and quality in our services and this knowledge is passed between generations and improves the entire result of our work. 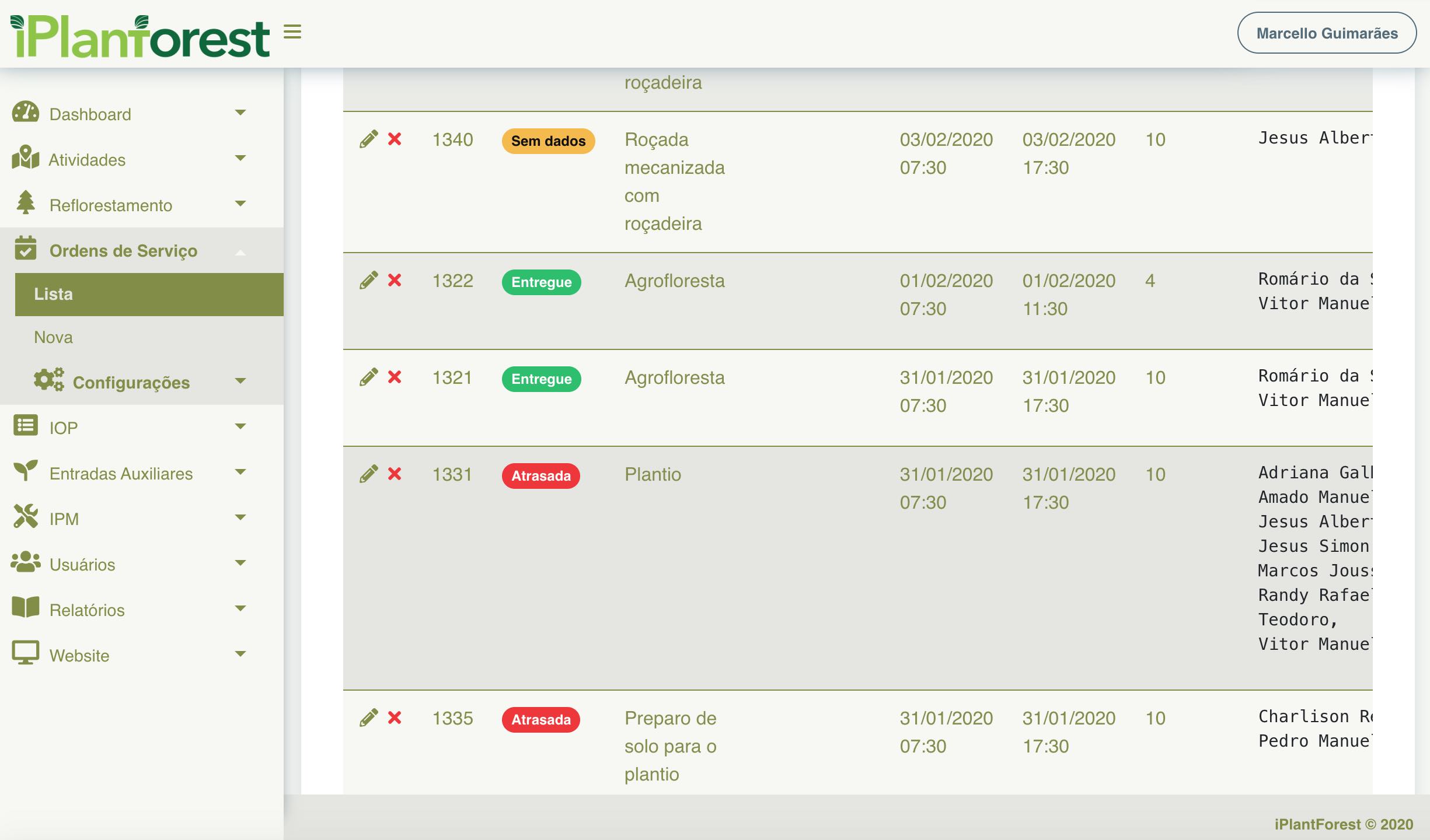 S.O. – Service order for each task

Agricultural machinery management systems. The use and maintenance of the machines is monitored periodically and entered into the system to guarantee the perfect condition of all our equipment. Tractors, subsoilers, planting machines, carts for transporting seedlings, etc. 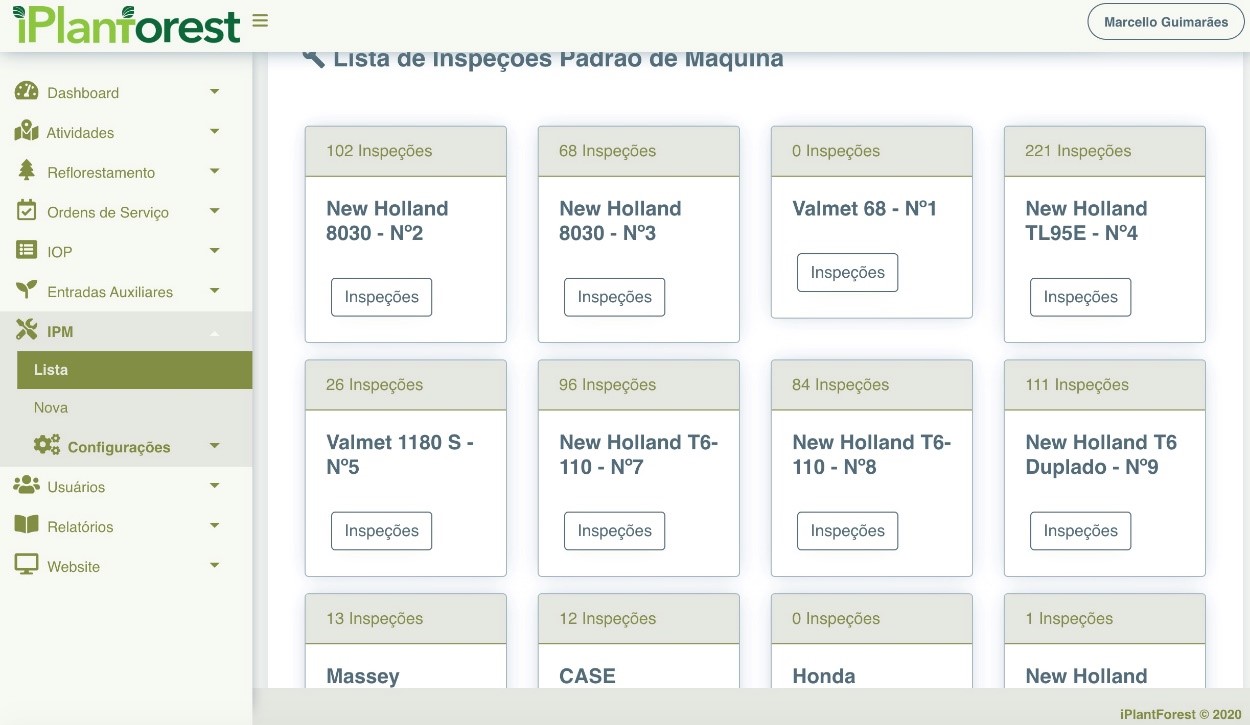 Systems for identifying diseases through leaf analysis directly on the tree. It uses Artificial Intelligence and was developed to be used by both operators with AR (augmented reality) and Drone glasses. Operators can use a system installed on a Raspberry PI or Jetson (Nvidia) microcomputer with “AR” glasses attached and the system helps to identify diseases in the field. The operator looks at the sheet and the system helps to identify and classify the type of disease. The future use of drones will accelerate and reduce the cost of maintaining forests. The Drones will evaluate each tree, indicated on the planting map and return with the collected information about possible diseases and need for pruning. This system is being developed in partnership with EMBRAPA-RR (Roraima, Brazil). 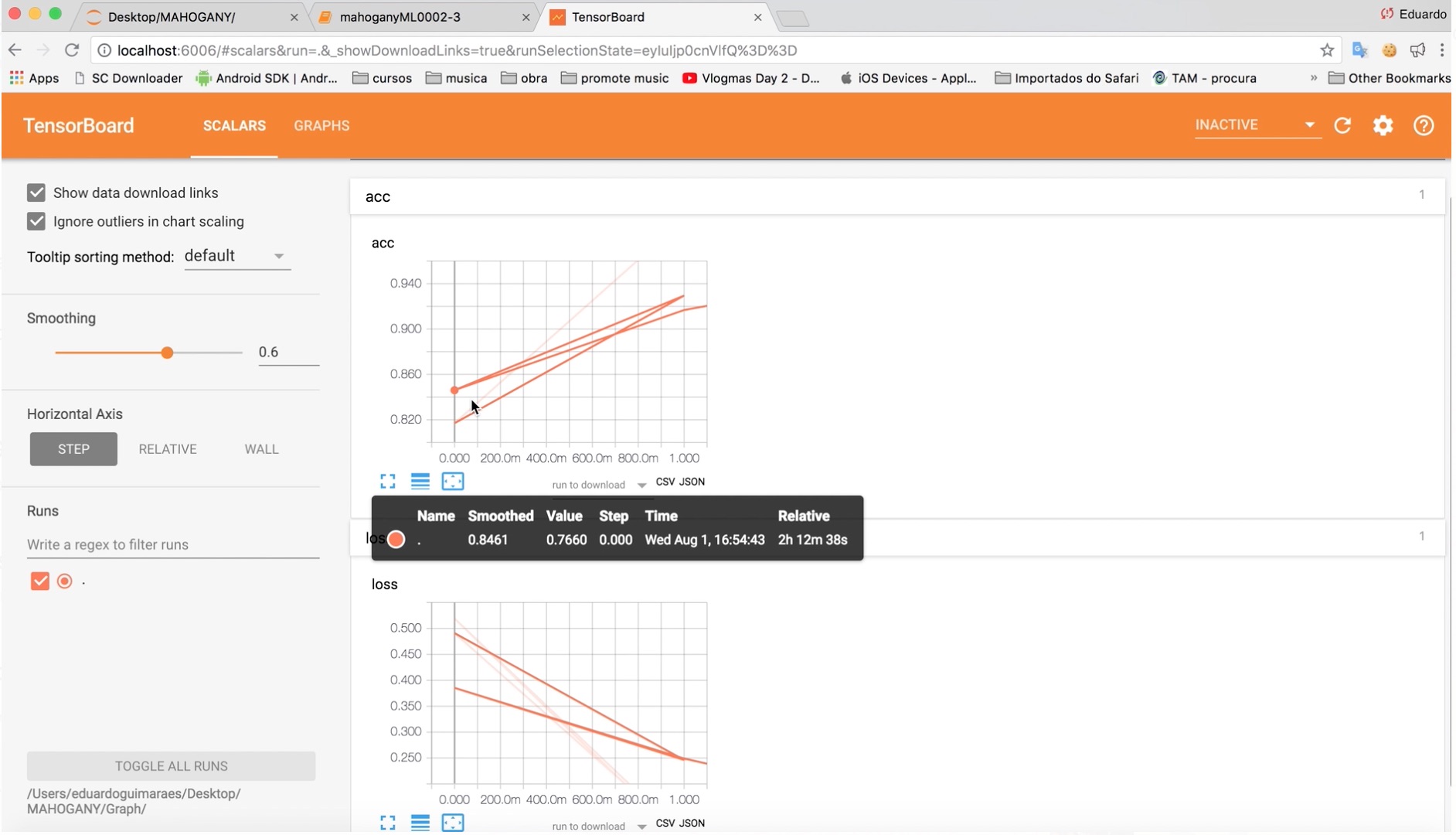 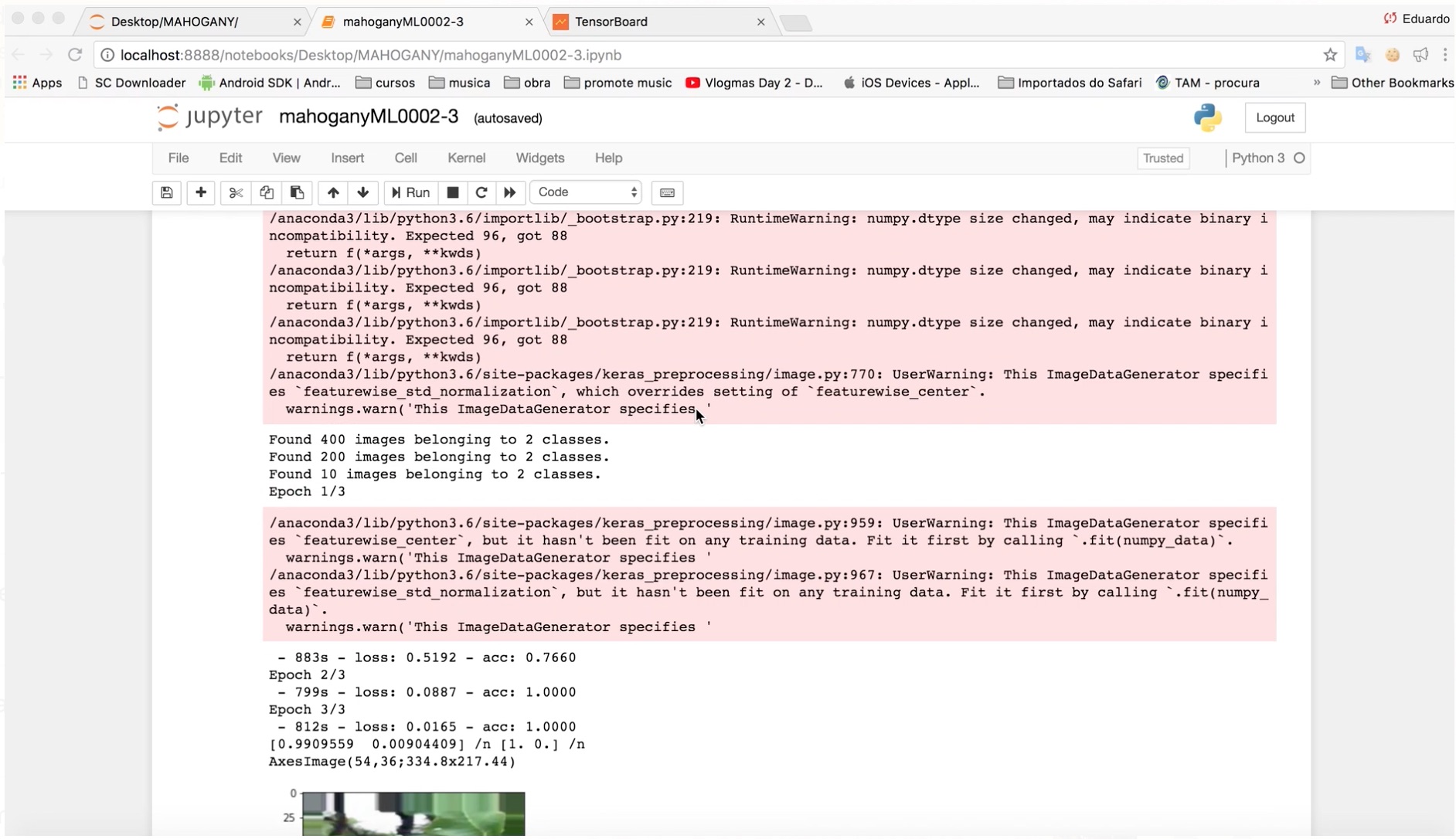 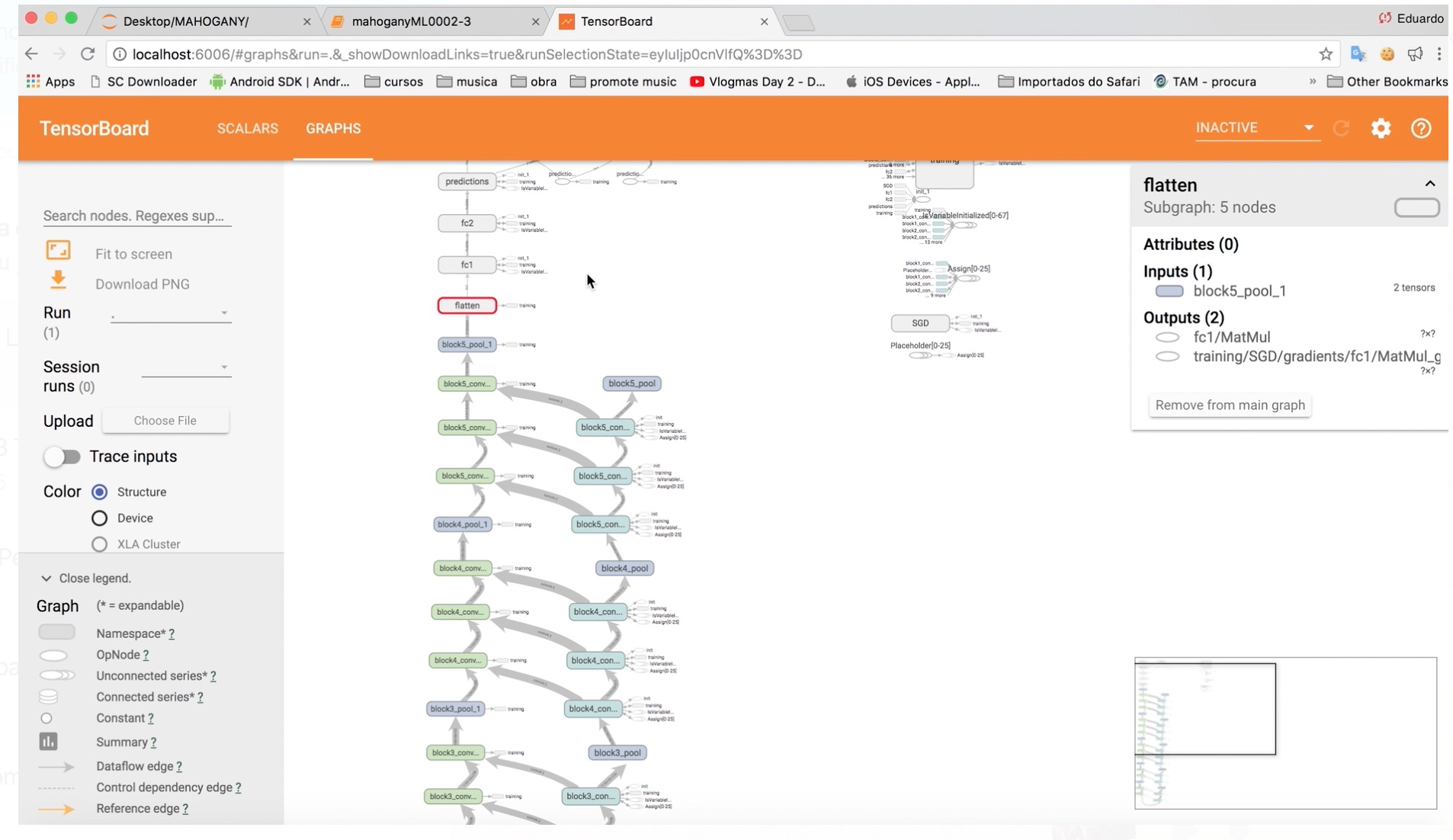 The new systems under development will help to identify deforestation, forest fire, identify the need for pruning and diseases tree by tree, and use Artificial Intelligence to carry out all these actions.

We are developing it in partnership with the Artificial Intelligence Company AIquimist Corporation, which is based in the United States, in New York City, but which remains in permanent contact with our companies in Brazil, seeking faster and cheaper solutions for forest management.

In addition to the analysis and identification systems, we are developing drone control systems so that they can fly over each tree and return with the collected information, sending everything to the cloud, so that we can continue the maintenance work and permanent studies of each forest.

The work of developing new systems, new solutions, all seeking to improve forest management and greater quality in the consolidation of each forest, does not stop and is part of our founding DNA. We are a group of technicians specialized in systems development, with years of experience in building systems in several areas and we use all this knowledge of programming, databases, artificial intelligence, robotics and automation to create solutions that allow us to plant forests faster , cheaper and with better quality than traditional methods, used by forest management companies for centuries. Our AgTech iPlantForest carries in its DNA all these years of technological innovation, which we have been perfecting in other areas in recent years.

The first forest planting machine operated at an average speed of 4km to 6km per hour, however, it was not as robust for large scale work. It was a great advance in forest planting because it planted automatically without the need for an operator, but it received numerous changes for the build of version 2.0. 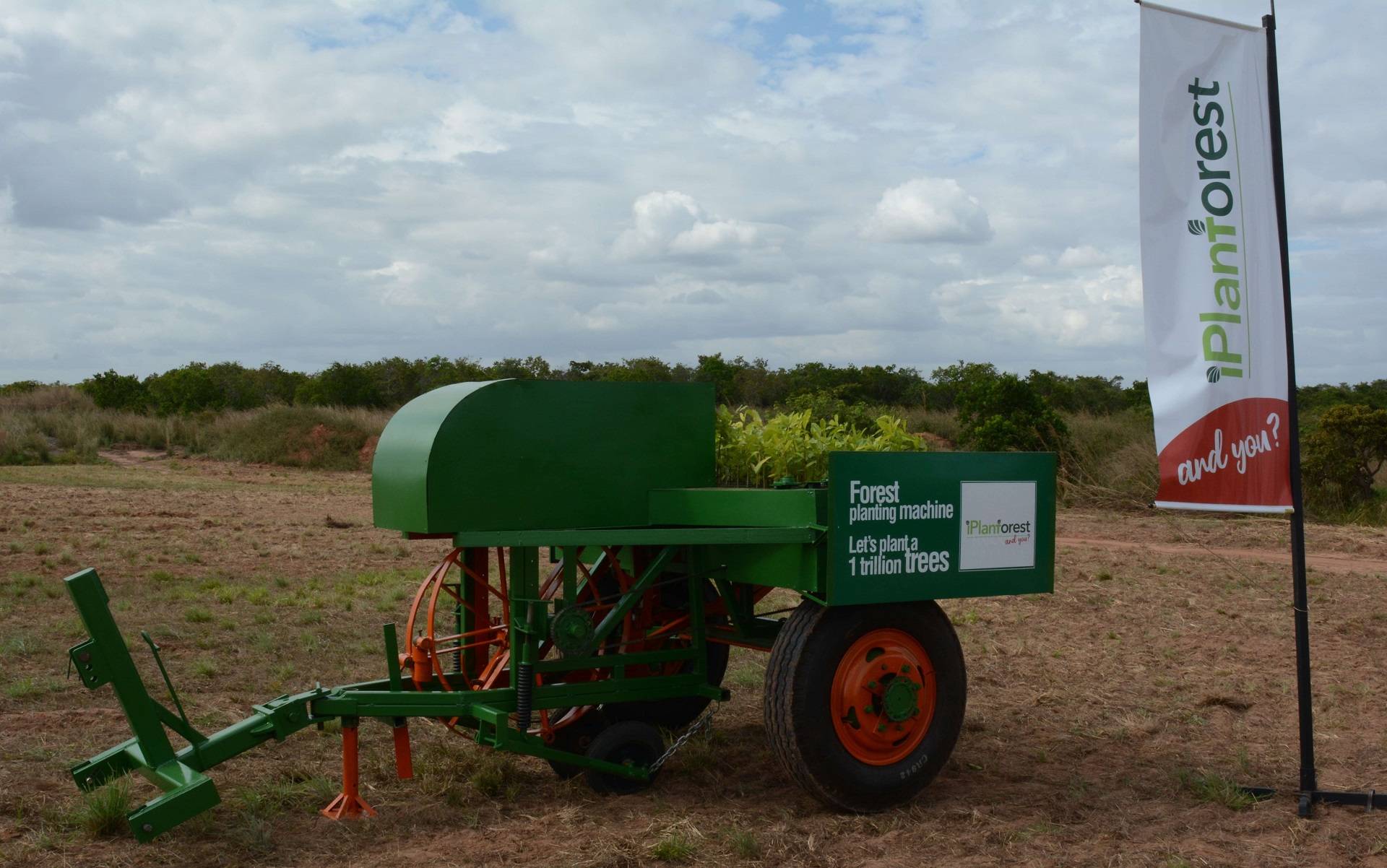 The second version of the forest planting machine is even more robust than the first version, it plants between 3km and 8km per hour and has undergone adjustments in practically all systems, including the unprecedented system developed in C++ language, embedded in an Arduino microcomputer with GPS, RFID reading, IR reader, among other sensors. All information recorded by this planting machine is transferred to the company’s systems and used for analysis and management of the forest, tree by tree. 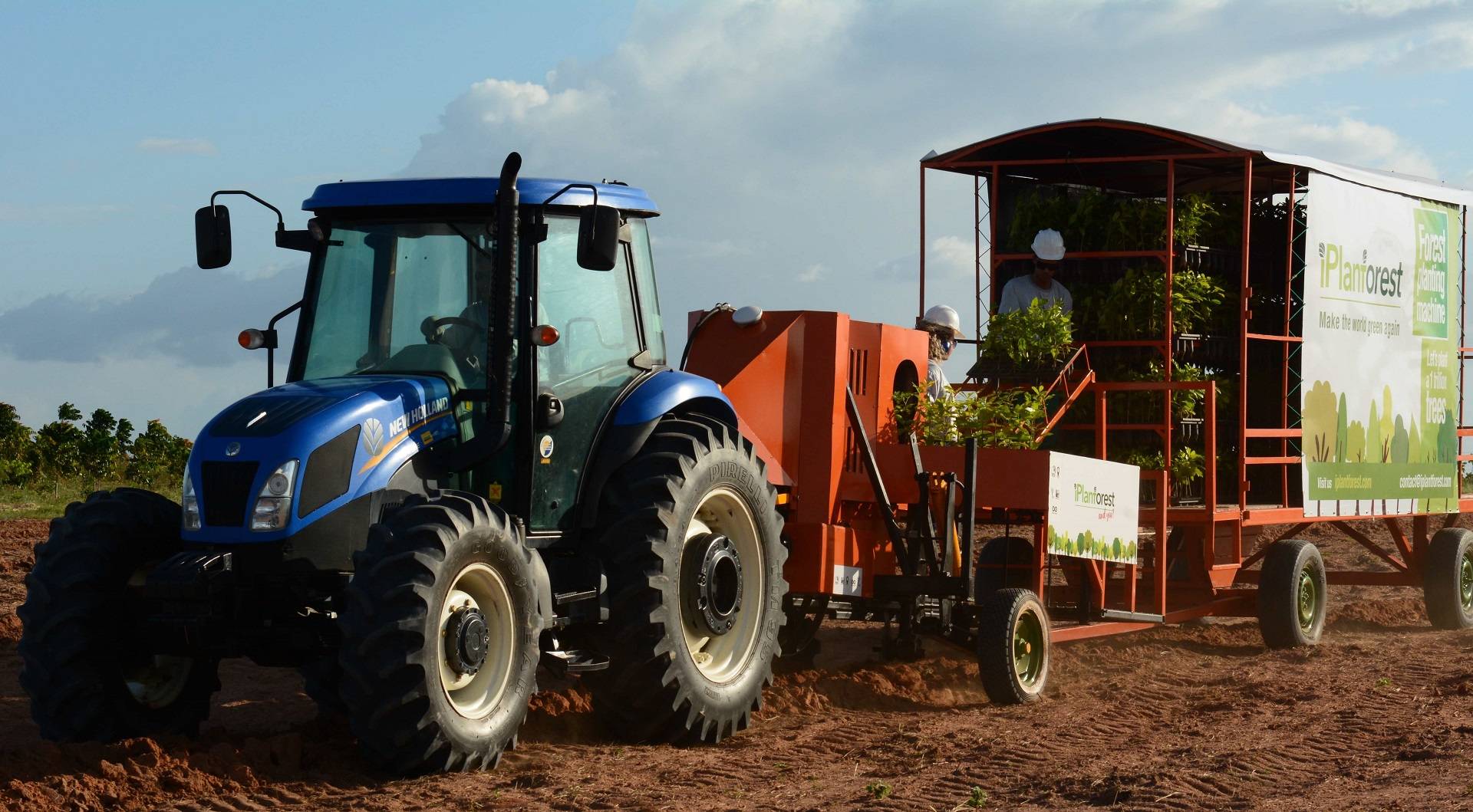 New version of the forest planting machine, which we have renamed the “Real Carbon Capture Machine”, is an affectionate way of remembering that the forest planting machine plants trees, and there is no better machine in the world to capture carbon (CO2) than the tree. The tree is the ultimate machine to capture carbon (CO2) and that’s why we decided to rename our machine, playing with this fact. Shortly after finishing the project for the second machine, we started building the third machine, which operated at 10km/h, on land with inclinations that reached 18 degrees, with independent hydraulic control for adjusting the planting wheel, which guarantees that all seedlings will be planted upwards. The entire planting wheel balancing system is being developed by our company, using an Arduino microcomputer and programmed in C++ language. 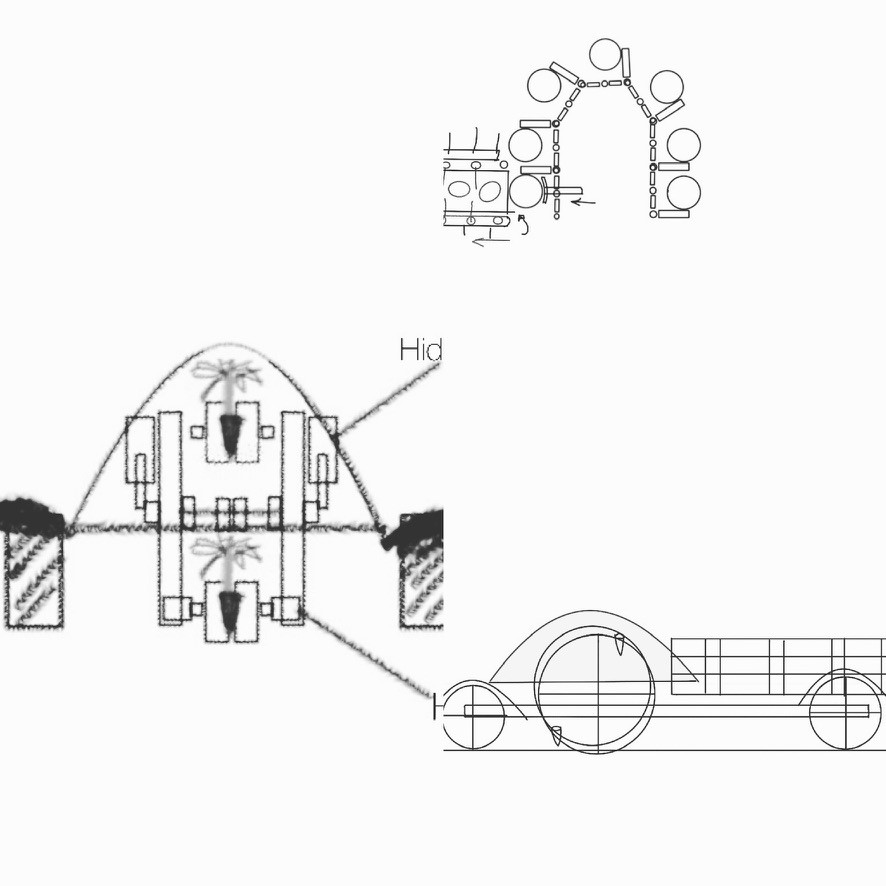 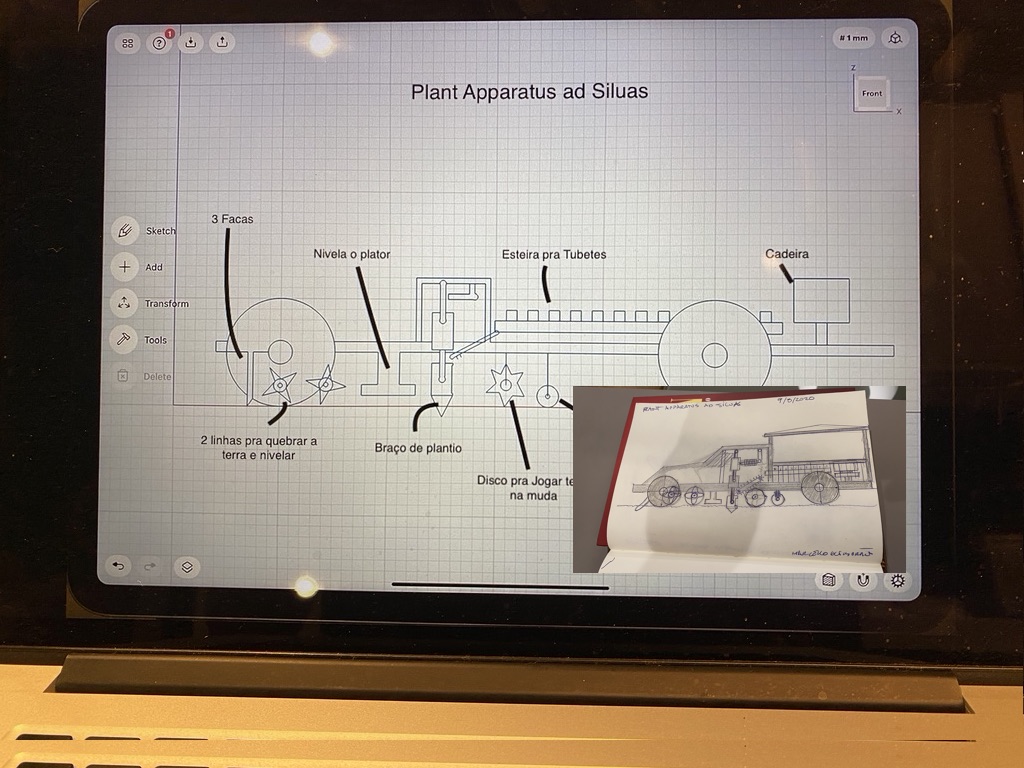 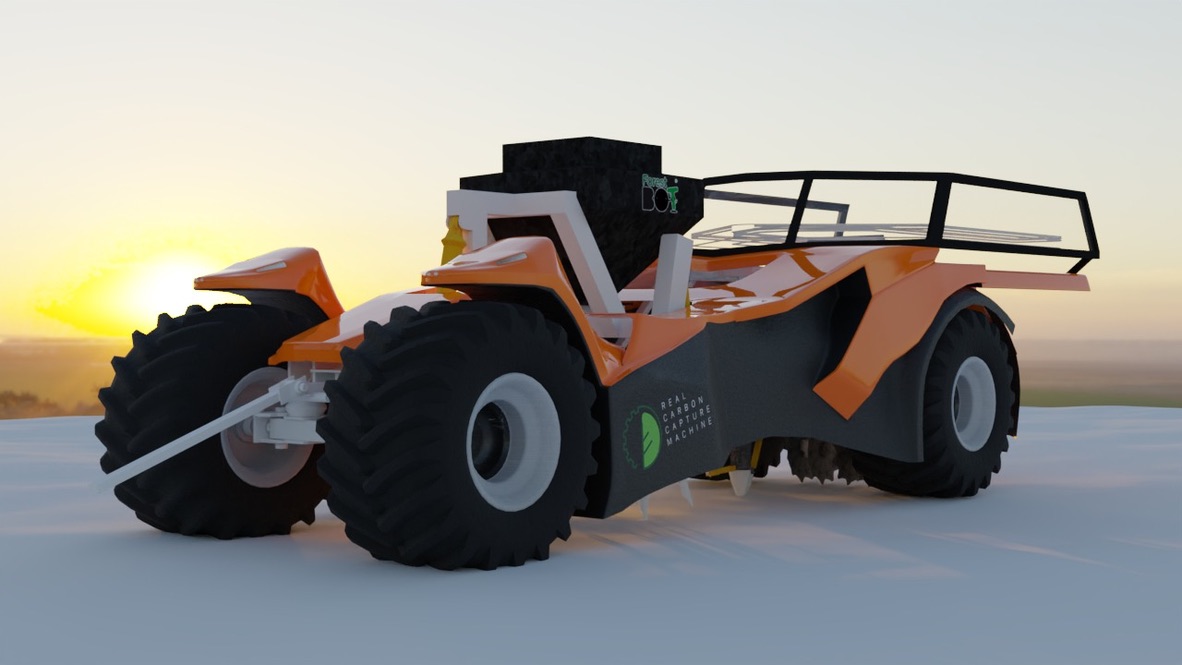 A new version of the nursery seedling-planting machine is being built in partnership with INCOMAGRI, by INCOMAGRI and AutoAgroMachines. The new machine should be available for pre-order in July 2023, at an average cost of USD 600,000.

The new version of the machine was named Forest.Bot (Patent Pending) and is being industrialized to compete with its competitors in the global market, with a difference, the Forest.Bot (Patent Pending), is being born with a unique characteristic, which is the ability to plant in areas of forest reform or degraded areas, because it is the only one capable of “copying” the terrain, that is, adapting to the severe conditions of the terrain in areas of reform or degraded areas, with their obstacles, and difficulties inherent in fields where forests have been cut down for wood harvesting.

Average plant of 1,800 seedlings/hour (3,600 on the bench without displacement);

Average of 25 hectares in 8-hour shifts;

Irrigate each seedling with water or gel;

Generates the KML map of each planting;

Plant in areas of installation or reform; 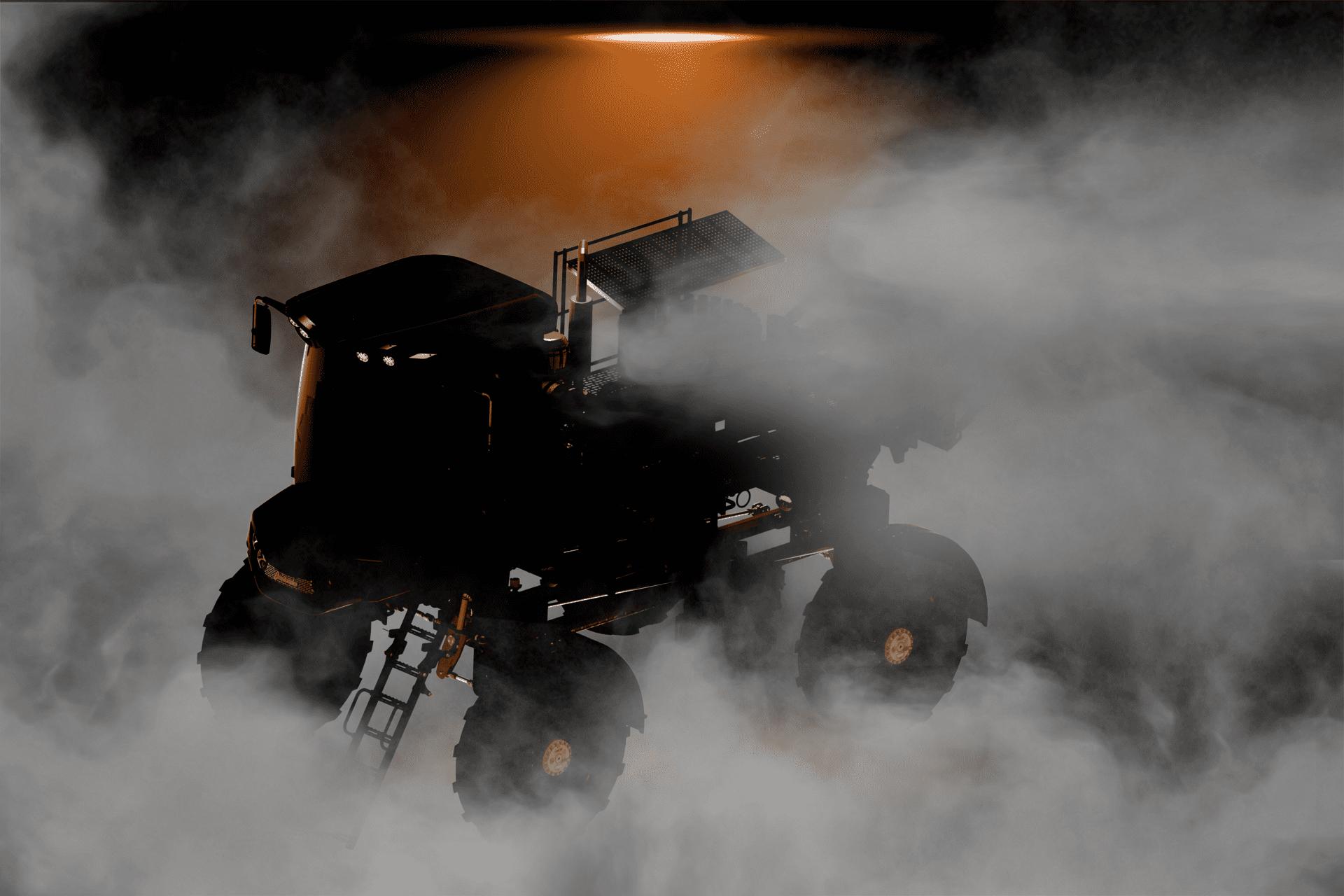